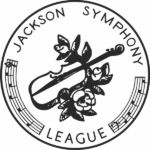 A VOLUNTEER GROUP SUPPORTING THE MSO

Since its beginning in 1955, the Jackson Symphony League has volunteered tirelessly on behalf of the Mississippi Symphony Orchestra.  Through extensive educational, informational and fundraising efforts, the League contributes greatly to the success and vitality of the Mississippi Symphony Orchestra.  Today it stands as one of the largest volunteer organizations in Mississippi, donating more than one million dollars in the past decade alone.

The League works with the Symphony in a number of ways.  Throughout the year, League members collaborate with MSO by helping in the office, assisting at concerts and receptions, and orchestrating the annual ticket drive.  The League also supports the Orchestra by providing hospitality to both the orchestra and visiting guest artists on concert weekends.

The League holds an annual membership coffee in September to recruit new members and officially kick off the Symphony Season.  In the spring, the League holds a luncheon, which has come to be known for its exceptional speakers.  The Jackson Symphony League has sponsored the annual Symphony Ball since its inception in 1960. The Ball is the largest single fundraiser for the Mississippi Symphony Orchestra.  This glittering evening is highlighted by live and silent auctions, an elegant dinner and dancing to top off the “event of the season.”  Due to the pandemic in 2019, the annual gala was held entirely as a virtual online event, which was tremendously successful.  A portion of the proceeds from the Symphony Ball fund the Premier Orchestral Institute (POI), a week-long summer day camp during which students receive musical instruction and perform a recital in an orchestra setting.

Education is an important component of the Jackson Symphony League.  Every year the League assists with children’s concerts, Kinder Concerts, Family Fun Concerts and the Premier Orchestral Institute (POI).  Additionally, the League sponsors a Clef Notes Luncheon before each Bravo concert to help concertgoers gain insight into the concert from the conductor and guest artist.  In 1990, the League initiated an instrument loan fund to help students who would otherwise not have access to instruments.  Three years ago, the League also started a project called “Side by Side…Kids on Stage with the Symphony,” which gives children the opportunity to see an orchestra rehearse on stage with the conductor.

Continuing its mission to reach out to the community’s youth, the Jackson Symphony League launched Sub Debs.  Sub Debs are metro area girls in the 10th, 11th and 12th grades who assist the Symphony as volunteers at concerts and other events, as well as by helping raise funds for MSO.  They also assist with the plans for Sub Deb social events, such as the Sub Deb Fall Membership Social, Sub Deb Winter Membership Social, ticket raffle, and the Sub Deb Ball.

In 1969, the Jackson Symphony League began what is now known as Pepsi Pops.  Held in May at the Reservoir, this annual outdoor concert is staffed by volunteers from the League and its Sub Debs.  The evening is always highlighted by a magnificent fireworks display at the conclusion of the concert.  This year, the League has many events planned to benefit the Mississippi Symphony Orchestra.  We hope you will join in and contribute your support. 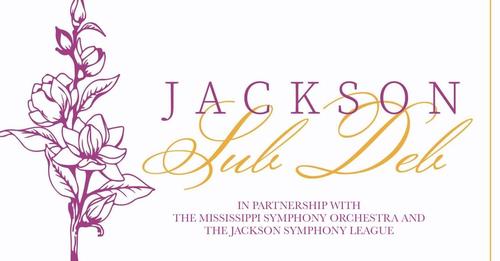