As the largest professional performing arts organization in the state, the Mississippi Symphony Orchestra performs for more than 75,000 Mississippians each year at more than 120 concerts statewide. Many of our Selby and Richard McRae Foundation Bravo and Pops Series concerts are performed on our home stage in Thalia Mara Hall, while the Chamber Series is performed in intimate venues throughout Jackson. Special events and the popular Pepsi Pops at Old Trace Park on the Ross Barnett Reservoir are also a regular part of the season. The MSO tours statewide as a full orchestra, a chamber orchestra, and as one of three resident ensembles-Woodwind Quintet, Brass Quintet and String Quartet. Annual and bi-annual visits by the MSO to cities around the state include Vicksburg, Pascagoula, McComb, Brookhaven, and Poplarville. Other cities visited include Greenville, Greenwood, Canton, Columbus, Cleveland, Meridian and Hattiesburg.

Additionally, the MSO supports the Mississippi Symphony Youth Orchestras and an education program through which more than 800 school children receive daily instruction in violin, viola and cello. Over the years, the MSO has introduced such programs as our Children’s Concerts: full orchestra concerts performed annually for over 16,000 elementary school students, and Informances (lecture demonstrations in 120 school visits annually) by our Woodwind Quintet, Brass Quintet and String Quartet. The MSO also sponsors various festivals, competitions, and an annual week-long summer string camp for aspiring young musicians. Without these programs, young people would not be exposed to symphonic music.

The MSO operates with an annual budget of 1.7 million. The MSO receives significant support from the Jackson Symphony League, which raises funds through gala events such as the annual Symphony Ball. The MSO is also funded in part by grants from the National Endowment for the Arts, the Mississippi Arts Commission, the City of Jackson and numerous other individuals, foundations and corporations. Without this support, the MSO could never have reached the seventy-five year milestone, but thanks to the interest and generosity of people throughout the state, the MSO is soundly positioned for the next seventy-five years!

As 1944 dawned, the course of World War II was turning in the Allies’ favor. On the home front, Jackson’s population of 70,000 coped with the rationing of sugar, shoes, gasoline and tires. But wartime restrictions couldn’t dampen the city’s exuberant enthusiasm for art, theatre, dance and music.

Among Jackson’s favorite music makers was Maurice Thompson, choir director at First Christian Church and leader of the Rebel Male Chorus. In February 1944, Thompson’s chorus sang a concert at Belhaven College accompanied by a small volunteer orchestra. Thompson had recruited instrumentalists and called upon a dance bandleader, Haldine Strain, to prepare them for the concert.

In the audience that night was Gordon Marks, First Christian leader and advertising agency executive who had assisted Thompson by raising $100 for music and by securing rehearsal space in the church. Marks later reported that the ovation for the orchestra “just about shook Belhaven apart.” At the end of the evening, Marks went onstage and announced, “You have just heard what could become the Jackson Symphony Orchestra.” William Young Westervelt made a contribution of $100 immediately.

Marks and Thompson asked President Guy T. Gillespie of Belhaven College and President Marion Smith of Millsaps College for their blessings and support. Both pledged that all the colleges and their music faculties would assist in every way.

Dr. Smith appointed A. Boyd Campbell, president of Mississippi School Supply Company, to represent Millsaps at a meeting of business leaders. Campbell was elected president of the group and under his direction, a Chamber of Commerce committee formed. The group included J. Army Brown, who was described as “an up-and-coming young man with a music store on Capitol Street.” Brown, also a musician, became a member of the orchestra during its second season, provided office space for the conductor, and in time, served three terms as president of the governing board.

Theodore Caskey Russell, chairman of the music department at Mississippi State College for Women, was selected to lead the fledgling orchestra as conductor/manager. He also taught music at Belhaven and Millsaps, his modest salary paid by the colleges and the Symphony together. Musicians came from the faculties of colleges and schools, nearby military bases, women’s music clubs, and the business community.

The inaugural concert of the Jackson Symphony Orchestra was on October 19, 1944, in the Victory Room of the landmark Hotel Heidelberg on Capitol Street. An overflow crowd of 500 attended the invitation-only concert. Season tickets were sold, and the Symphony was on its way.

During his years as conductor/manager, Russell inaugurated programs which are still in existence: string instruction in schools, outdoor pops concerts, formal concerts, and children’s concerts. He founded and conducted the Junior Symphony, now the Youth Orchestra. Russell said it was the formation of the Symphony League in 1955 that was the “turning point” for the Symphony. Russell was an astute business manager and worked within a balanced budget, which eventually provided a paycheck for the players!

When Lewis Dalvit of Beloit, Wisconsin succeeded Russell in 1965, the season’s budget was $28,000. At that time, the Symphony offices were at Belhaven College (rent-free), and Belhaven still provided a teaching contract for the conductor, a practice that continued throughout Dalvit’s tenure in Jackson.

MSO performing an outdoor concert at the Reservoir

Dalvit’s immediate goal was to increase the budget to at least $100,000, which would place Jackson in the Metropolitan status among orchestras in America. This was achieved in 1968, a singular accomplishment for a city with a population of 150,000. Also of significance that year was the completion of the Jackson Municipal Auditorium (now named Thalia Mara Hall). The Symphony had found a home!

Dalvit expanded and fine-tuned the programs Russell had begun. He conceived the idea of Pops at the Reservoir, put the orchestra front-and-center in the Mississippi Arts Festival, worked with the new Educational Television Network, and brought in a glittering parade of guest artists. He and his wife, Pat, also a musician, introduced innovative children’s events featuring music and art. The Dalvits joined forces with cultural groups across the state to involve the orchestra in opera, dance, and the visual arts. He experimented with non-traditional programs and staging techniques. Musicians’ salaries increased, League projects for the Symphony expanded, and the National Endowment for the Arts commended the orchestra’s public school string instruction program before Congress.

When Dalvit’s successor arrived in 1987, he brought an international reputation of his own. Irish-born Colman Pearce had thrilled audiences across Europe, in South American, and in Canada. He proceeded to do the same for audiences in Mississippi. Pearce had walked into a financial crisis that threatened the future of the orchestra. In the face of rising costs and declining income, the orchestra association had accumulated a deficit that was not fully recognized until the end of the decade.

With the unselfish cooperation of Symphony musicians, austerity measures were undertaken to minimize expenses without compromising artistic integrity. The community responded generously to a major fundraising appeal. Once again, the business community helped to avert a crisis. Pearce continued to program masterworks and chamber ensemble selections to uphold the integrity of the orchestra and to showcase the individual talents of the players.

In 1989, the Jackson Symphony Orchestra became the Mississippi Symphony Orchestra, in response to its growing influence statewide. Each season the full orchestra presents the Selby and Richard McRae Foundation Bravo Series, as well as a Pops Series, featuring a wide array of classical and pops selections and a number of special concerts. In addition, the MSO presents four chamber concerts in the more intimate setting of various churches and colleges in the Jackson metropolitan area, and the MSO is engaged for a number of concerts in cities all over the state each year, notably with 4 annual concerts in Vicksburg. Individually, orchestra members enrich the metro area’s musical environment by teaching at schools and colleges, playing in churches, and performing for a variety of cultural and entertainment events. MSO has significant educational engagement programs with the Canton Public Schools, Hinds County Public Schools, Jackson Public Schools and the Vicksburg Warren Public Schools, ranging from full orchestra concerts to ensemble visits and string instruction.

More than 17,000 public school children in grades four, five and six attend the MSO Children’s Concerts each year; 3,000 kindergarten students attend KinderConcerts. The String Quartet, Brass and Woodwind Quintets conduct “Informances” to acquaint fifth graders in area schools with instruments and compositions. More than 550 students are currently enrolled in the Symphony’s string instruction program, and there are three thriving Youth Orchestras with members chosen by audition from around the state. 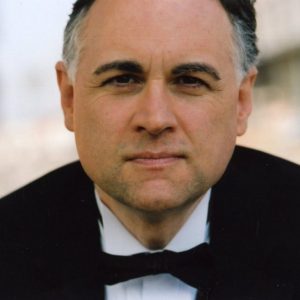 With Maestro Pearce’s departure in 1999, an extensive conductor search was undertaken. The search culminated with the selection of Cincinnati College Conservatory of Music graduate Crafton Beck. Previously the Music Director of the Boca Pops Orchestra in Boca Raton, Florida. The 2004-2005 season introduced Michael Beattie to Jackson as President and Executive Director of the symphony, after an extensive national search for an administrative leader.

Today the Mississippi Symphony Orchestra is the predominant performing arts ensemble in the state, fortified by a strong complement of musicians, a dynamic conductor, dedicated Board of Directors, and an enthusiastic crowd of Symphony League volunteers. A capable staff manages the operating budget of $1.7 million. MSO is also supported by an endowment held at the Community Foundation for Mississippi. A vital partnership has been forged between the MSO and the state it serves. Celebrating 75 years in the 2019-20 season, the MSO remains one of Mississippi’s greatest cultural forces.