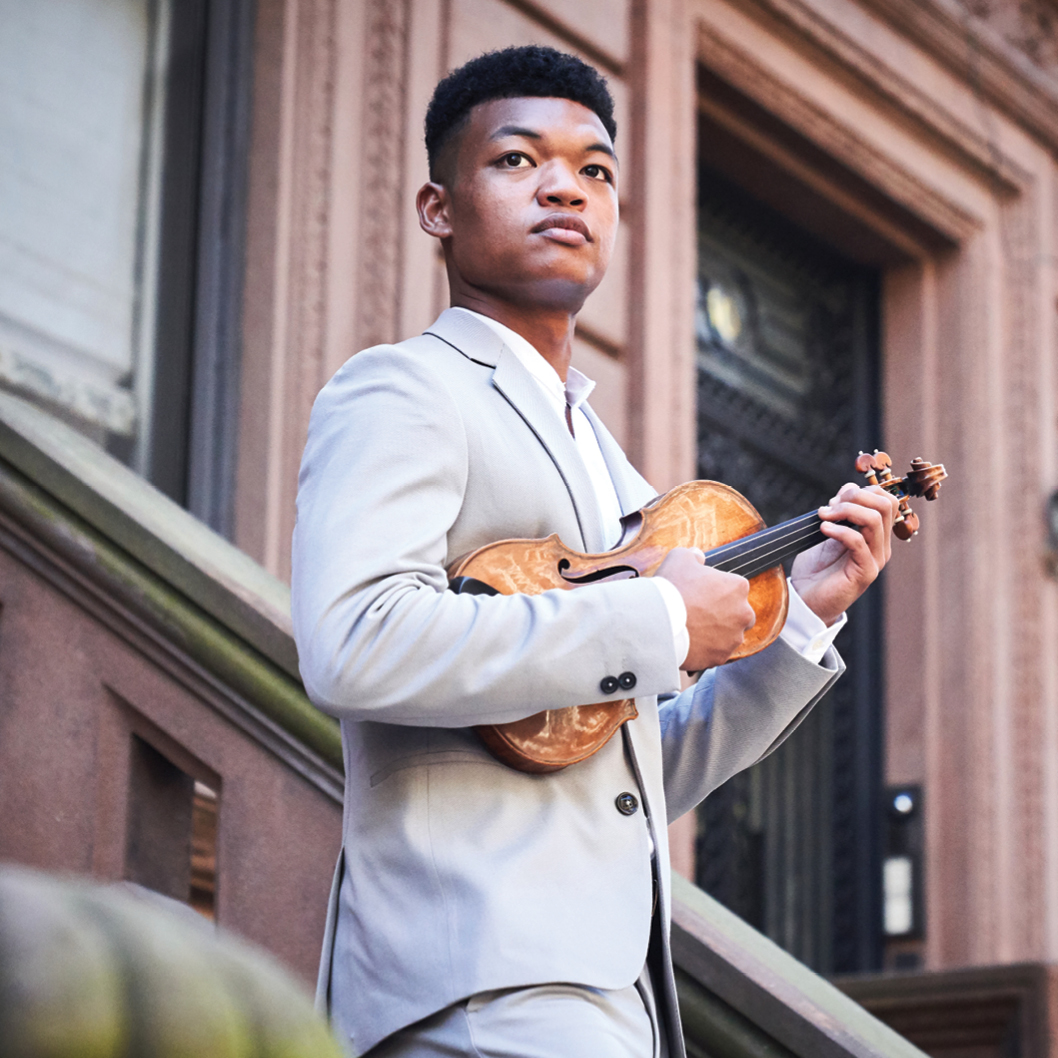 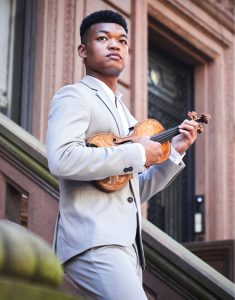 *In compliance with the City of Jackson ordinance, masks will be required for the audience.

“For me, personally, music has been a way to inspire others” – Randall Goosby’s own words sum up perfectly his commitment to being an artist who makes a difference.

Signed exclusively to Decca Classics in 2020 at the age of 24, American violinist Randall Goosby is acclaimed for the sensitivity and intensity of his musicianship alongside his determination to make music more inclusive and accessible, as well as bringing the music of under-represented composers to light.

June 2021 marks the release of Goosby’s debut album for Decca entitled Roots, a celebration of African-American music which explores its evolution from the spiritual through to present-day compositions. Collaborating with pianist Zhu Wang, Goosby has curated an album paying homage to the pioneering artists that paved the way for him and other artists of color. It features three world-premiere recordings of music written by African-American composer Florence Price, and includes works by composers William Grant Still and Coleridge-Taylor Perkinson plus a newly commissioned piece by acclaimed double bassist Xavier Foley, a fellow Sphinx, Perlman Music Program and Young Concert Artists alumnus.

Goosby is deeply passionate about inspiring and serving others through education, social engagement and outreach activities. He has enjoyed working with non-profit organizations such as the Opportunity Music Project and Concerts in Motion in New York City, as well as participating in community engagement programs for schools, hospitals and assisted living facilities across the United States.

Randall Goosby was First Prize Winner in the 2018 Young Concert Artists International Auditions. In 2019, he was named the inaugural Robey Artist by Young Classical Artists Trust in partnership with Music Masters in London; and in 2020 he became an Ambassador for Music Masters, a role that sees him mentoring and inspiring students in schools around the United Kingdom.

Goosby made his debut with the Jacksonville Symphony at age nine. At age 13, he performed with the New York Philharmonic on a Young People’s Concert at Lincoln Center’s Avery Fisher Hall and became the youngest recipient ever to win the Sphinx Concerto Competition. He is a recipient of Sphinx’s Isaac Stern Award and of a career advancement grant from the Bagby Foundation. A graduate of the Juilliard School, he continues his studies there, pursuing an Artist Diploma under Itzhak Perlman and Catherine Cho. An active chamber musician, he has spent his summers studying at the Perlman Music Program, Verbier Festival Academy and Mozarteum Summer Academy among others.

♦ *In compliance with the City of Jackson ordinance, masks will be required for the audience.

♦ ALL TICKETS WILL BE MAILED UP TO THE TUESDAY PRIOR TO CONCERT (unless otherwise requested when purchasing tickets). AFTER WHICH, THEY MAY BE PICKED UP AT WILL CALL ON THE EVENING OF THE CONCERT. ♦